MEAN WELL has been working with customers, suppliers, contractors, and employees with long lasting mutual trust relations based on the spirit of “good intention” and orientation of “reliable partner”. Thanks to robust partnership with 100 strong authorized distributors around the world, MEAN WELL has been growing and getting stronger for three decades. With 2500 employees located at its global headquarters in New Taipei Industrial Park, Taiwan, branches and sales offices at Guangzhou, Shenzhen, Suzhou in China, California USA, and Netherlands in the EU, four advanced production bases in New Taipei City (Taiwan) and Tianhe District and Huadu District in Guangzhou, Suzhou City in China, it generates a combined revenue of USD 700 million (TWD 23 billion) in 2015. 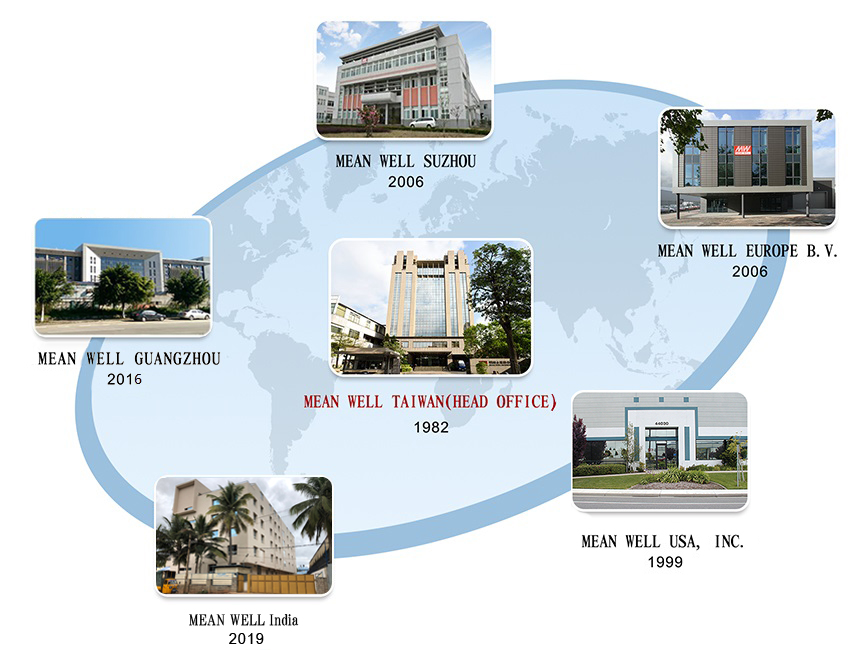 The computer system implemented as early as 1991 was designed and developed by the IT center of MEAN WELL according to its own needs. With a comprehensive ERP system integrated with distributor network, supplier network, contractors, and employees and the system met the needs of each of them. It integrates global resources and improves operation efficiency and service quality effectively.