Do Different Electric Vehicles with Similar Battery Voltage Need to Use Different Chargers?

Environmental protection and energy saving have always been a concern for global citizens. The development of the electric vehicle contributes to the green environment and also provides a more convenient life. Owing to the progress in technology and materials, batteries are required to be light, thin, large capacity, better lifespan, fast charge, discharge and so on. Regarding the battery types, the lead-acid batteries are now gradually replaced by lithium-ion batteries.
Lithium-ion batteries are widely utilized in 3C electronic products due to their high energy density, no memory effect and low self-discharge characteristics. Apart from that, more and more advanced lithium-ion batteries are also being used in electric vehicles,such as electrical car, electrical bike, golf car…etc

Over the past 20 years, lithium-ion has been widely used in 3C products, while it was rarely applied in large scale applications such as energy storage systems or power battery (instantaneous demand for larger current)because of its high cost and the lack of withstanding ability of shock and low-temperature characteristic; not to mention the fact that  safety is always a concern. Lithium iron phosphate battery, which has the advantages of LiCoO2, LiNiO2  and LiMn2O2 battery, is mainly composed of phosphorus, lithium and metal that are rich in most continents, achieving sustainable source supply and competitive price. Furthermore, feasible working voltage(3.2V), large capacity(170mAh/g), high charging and discharging capability and superior stability in high temperature are the added advantages meeting the requirements of the environment, safety and high performance of the industry.

Traditional chargers are large volume, heavyweight and poor efficiency, which were solved by the last generation of MEAN WELL charger because of its integrated circuit design. However, charging current and voltage still cannot be adjusted freely, leading to lesser flexibility in different applications if needed.

Taking those flaws into consideration, during the design phase of MEAN WELL ENC series, the optimizations of programmable charging curve, cooling method and low energy consumption were carried out to further benefit users and integrators. Among those optimizations, programmable charging current and voltage function is the most favorable for all users(Program through SBP-001 and software). In addition, OVP, UVP, short circuit, OTP are all build-in, providing the best charging solution. Moreover, with the charging efficiency of lithium battery, the battery charger, ENC series, is compliant with the UEC standard for BCS(Battery charger system) of DOE (US Department of Energy). 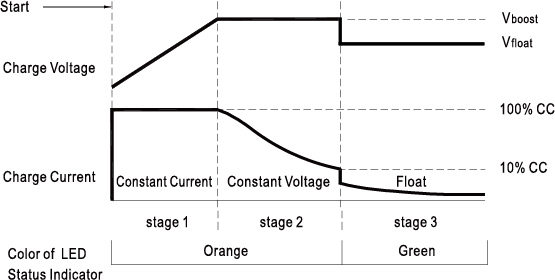 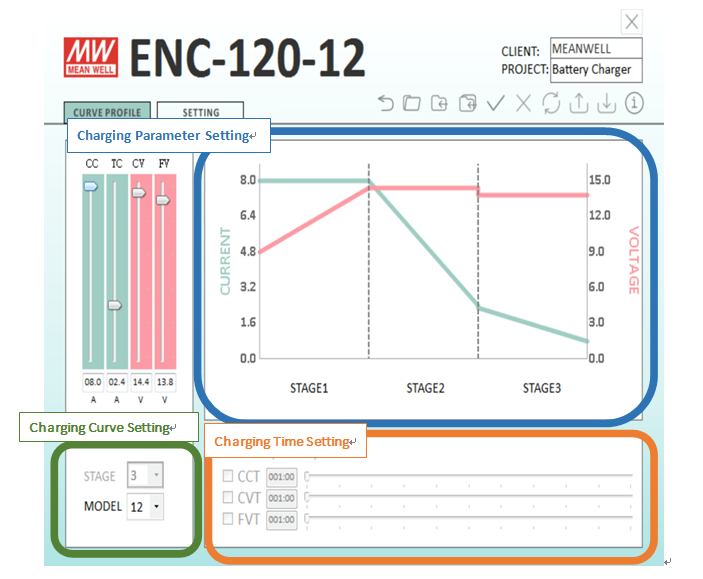 Nowadays, as the application wattage requirement becomes larger and larger, MEAN WELL continuously launches Hi-power chargers, such as RPB/RCB-1600(1600W), DBU/DBR-3200(3200W) and harsh environment  HEP-1000 series(1000W) with PMBus and CANBus protocol to respond to the market trend. In addition, the firmware of programer SBP-001 is updated simultaneously, which allows users to adjust the charging curve themselves according to their device demands, making the application fields become wider.