With the rising awareness of energy saving and the significantly dropping cost of LED fixtures, LED fixtures have become more and more prevalent. The core component of LED fixtures is the LED driver, which undertakes the safety and life cycle of LED lamps. According to the latest update of LED drivers safety regulations, dimming port and SELV output have to keep basic isolation, it is aimed to prevent users from connecting the dimmer to a non-SELV circuit, which can greatly reduce the risk of electric shock for users and installers. Judging from the trend of regulation updates, safety issues are gaining more and more attention. This article analyzes isolated and non-isolated LED drivers from both safety and life cycle aspects. 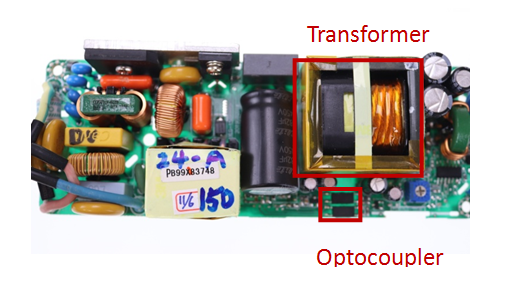 A: Even though the non-isolated LED drivers possess the advantages of low cost and high efficiency and are widely applied in low power and highly price-competitive markets, MEAN WELL will not easily cut in the non-isolated LED drivers manufacturing before the safety and lifecycle issues can be thoroughly solved. As the pioneer of the standard power supply industry, MEAN WELL would rather choose to optimize the costs and sacrifice profits to provide customers with high-cost performance and Isolated LED drivers, such as the latest new products XLG / XBG / SLD series. In conclusion, MEAN WELL will continue to invest more resources on innovative products and industries instead of engaging in the price war.