In response to the de-globalization caused by COVID-19, companies have suspended business trips and regulated the flow of personnel, leading to the sharply increasing demand for home office work and remote video conference. Educational institutions also launched online courses. When all information is no longer transmitted by face-to-face, but by voice, video, and E-Mail, all data must be transmitted through electronic devices. Consequently, the demand for data centers, cloud boomed.

For such equipment, high stability is the system Integrators’ priority.

When an enterprise establishes a data center or industrial facility talents, besides human resources, natural disasters, stable water supply and electricity supply are essential for the stability of the facility. To improve system stability, an uninterruptible power system (UPS) was proposed in the 1960s as shown in Figure 1. Nowadays, UPS is composed of battery packs, inverters and control circuits, with one end connected to the power grid and the other end connected to loads. When the grid voltage is normal, the UPS uses the grid power to charge itself. However, once the power grid is abnormal, the uninterruptible power system releases the electrical energy stored in the battery to the load.
The UPS is equipped with batteries, so it is suitable for areas with frequent power failure. When AC fails, the UPS needs about 2 to 10 milliseconds to start the voltage stabilization function. In addition, UPS is composed of batteries, with the working temperature usually around 0℃~ 40℃. Some models even need to implement fans for heat dissipation, leading to noise. In the long run, its large size, noise, and maintenance bring consumers inconvenience. To improve the above shortcomings, power supply manufacturers have introduced buffer modules as shown in Figure 2 to give users a better alternative. 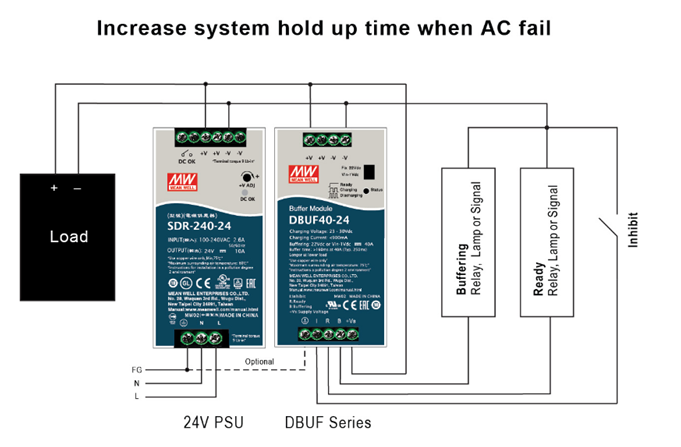 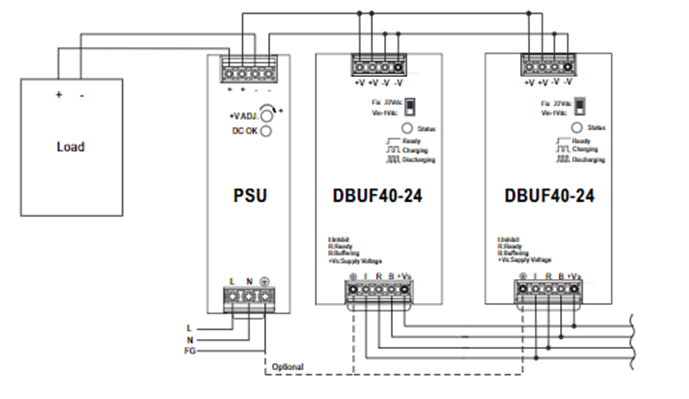 Whether in reliability, volume, noise, price, working temperature, or maintenance cost aspects, the buffer module is equipped with more advantages, a smart choice for most users. All in all, both the UPS and the buffer module have their advantages and disadvantages. The best solution is the one meeting the requirements of the end system.