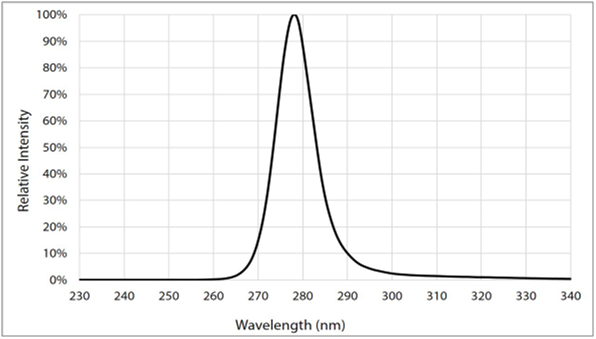 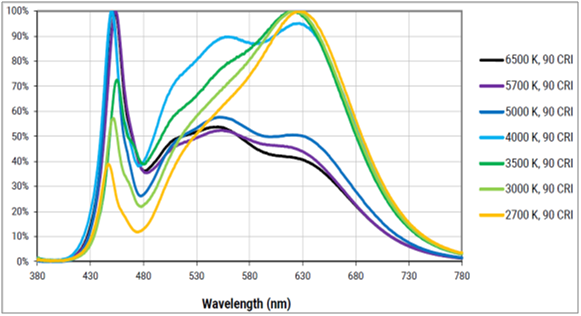 UV-C sterilization LED light has two important parameters to disinfect a surface: Distances and Timing. Single UV-C LED that is about 2.5W can output 99.9% irradiance over a 5cm surface as illustrated in figure 3. Irradiance is amount of flux energy or brightness over a surface. In other words, it can sterilize 99.9% of germs over a 6cm surface. However, when the surface is a bit farther such 10cm, the sterilization rate drops to 25%. To increase the sterilization rate, longer time is required. 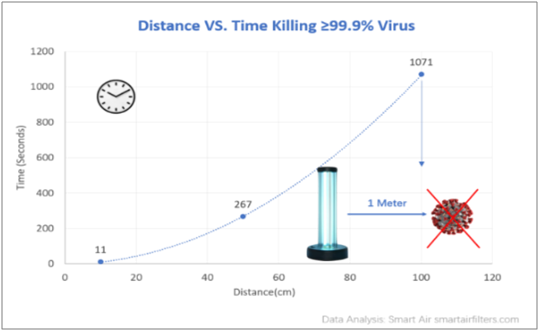 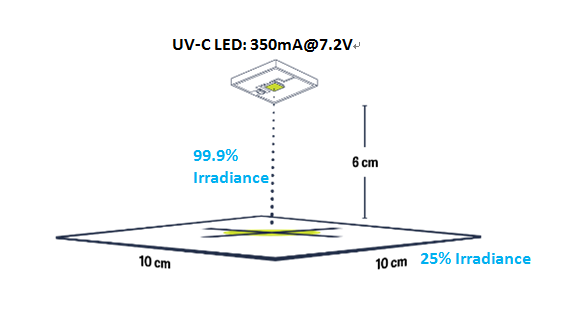 The curve of figure 2 shows the distance vs time that it takes about 5 mins for 45cm and about 18 mins for 100 cm to 99.9% sterilize the surface. Thus, time and distances are critical parameters of UV-C sterilization LED light. Also, it often designs with programmed on and off control to sterilize a surface by cycles such as 15 mins or 30 mins per sterilization.

Distance, time, and on/off control are directly related to select an appropriate LED driver to drive the UV-C LEDs. Table 1 shows LED driver output power needed for a UV-C sterilization LED light to sterilize 45~60 cm and 180~420 cm over the surface. For instance, a 20W LED driver can be used to power 18W UV-C LED array to sterilize 99.9% of germs over a 45~60 cm surface for about 5 mins. LED driver with dim-to-off function allows the light to be programed on/off for cycle sterilization. Similar to illumination LED, it can be driven by a constant current or a constant voltage LED driver that the former is directly drive the UV-C LED and the latter is indirectly drive with a built-in DC to DC step down LED driver.
Table 1: LED driver power vs sterilization distance over surface