The three-phase AC power supply system is composed of three alternating currents of the same frequency, equal voltage amplitude, but with a 120° phase difference in between, as shown in Figure 2. Generated by a three-phase generator with three windings, the three-phase AC power supply system is commonly used in industrial applications. To ensure the stability of the generator operation, the generator requires at least three windings. Theoretically, the number of phases can be higher, but three phases are the most economical solution. Therefore, the three-phase power system is generally applied in most countries. 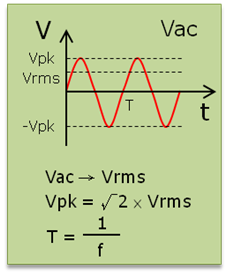 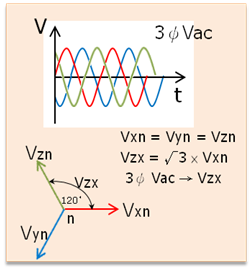 There are two ways to connect the windings of the three-phase system, star (Y) and delta (∆). The star connection is to connect one end of the three windings to the common point N, and the other end to the load, as shown in Figure 3. The common point N is called the neutral point. The lead from the neutral point is connected to the load, and there is a total of four wires connected to the load end, called a three-phase four-wire system (3Φ4W). As shown in Figure 4, there is no lead at the neutral point, called a three-phase three-wire system (3Φ3W). Generally, the neutral point is grounded. The ground is used to replace the neutral line.
The advantage lies in that the protective equipment can be added to increase safety. The voltage and current relationship between the phase and the line of the star connection is as follow. 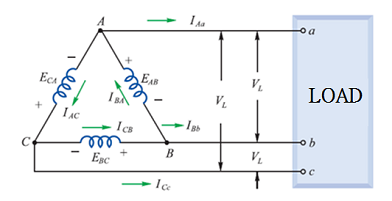